Kevin’s favorite band was planning to perform near Seattle, last weekend.  For the first time, he asked me to if I’d like to go.  So I said that I would.  Before I married my husband, I had never heard of the band.  I remember seeing a record album cover at some point in the 80’s but had no idea or interest to know whose record it was for.   So when I married my husband, he was no longer listening to them, or really any other secular music. So I didn’t hear or see anything related to them.   So, since then, things have changed, and he listens to this group again, as well as several others.  So, in the past 7 years, I’ve heard more about this band and it’s members.  So, when he talks about them, I have a better idea as to what or who he’s talking about.  I’ve heard their music, and they play really, REALLY well, however, it’s not really music that I listen to.  If I listen to anything secular, it’s usually something that I listened to in my highschool/college years……………..or, the Jonas Brothers (thanks to my daughter, lol).  Mostly what I do listen to is on the Christian radio stations.

I never went to that many concerts and most of them were Christian.  The last secular one that I went to see was for Weird Al Yankovic at the county fair.  The last two Christian shows I went to, were in enclosed buildings, and they were so loud that the bodies of the audience absorbed the volume, and some of the opening acts, literally screamed at us.  I had heard that the venue for this latest show was open on the sides and back, so I felt that I probably wouldn’t be blown totally out of the place, and I learned that even though this group did scream out their songs in the early years, they really didn’t do that anymore.   But, in any case, I thought that I would make sure that my purse was ready for almost anything during the show (my husband wasn’t so sure that I should bring it, but most men aren’t carrying the things that we women are.  A purse is our home away from home as it has the basic necessities to keep our lives from falling apart..

So, here’s what I packed, and who knows, it might help other future inexperienced concert goers (one never knows…………)

Yes! Earplugs.  I wound up not using these because I was concerned that I might not hear anything at all.   The gal who frisked me and checked my purse (before I boarded the shuttle to the venue) laughed when she saw these.

Ok, don’t laugh at the brand of granola bars that I bought.   They’re low cal, and a nice substitute for the fried food at the venue, if one is trying to trim down.

How did we survive with out this stuff when we were kids and went to the lake and the only bathrooms were not the kind with flushing toilets or running water?   Always good to have when you go to a venue and you don’t know if maintenance has adequately filled the soap dispensers in the bathroom.

I was wearing my contacts to the show, that’s the only explanation I need.

I didn’t take any pictures of the show with my phone (I used my camera to take about 4………….my husband took many, many more).  I carry this everywhere so my daughter can text me if they need me (but she was having too much fun with her friends to send me anything, so she didn’t need me after all). 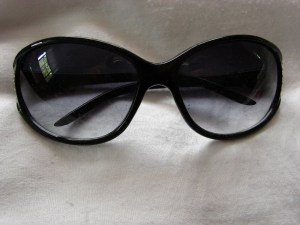 It’s summer, and I assumed that it would be sunny, and that I would need these.  However, once we crossed the border from Oregon into Washington, the sky became cloudy, and it started to rain, and continued to do so off and on for the rest of the day (and the day after that, so I didn’t need these after all) 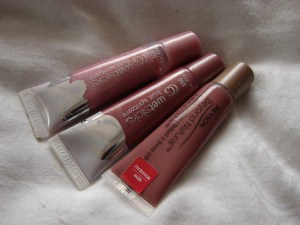 Hey, I may be in my 40’s, and the rain kind of flattened my hair, but a girl still wants to look cute & pretty for her guy at a concert!

More posts about this trip to come!

This entry was posted in Travel. Bookmark the permalink.