I’m sorry that it’s taken so long to get back to my moving story.  I’ve been busy trying to unpack, keep our lives going, and get back into our school routine (which could be a different blog post because I’ve noticed some things have changed in the routine since moving).

So moving day arrives………….We have friends lined up to help us move, and a box of VooDoo Doughnuts and a fresh pot of coffee ready (to keep them happy as our friends). 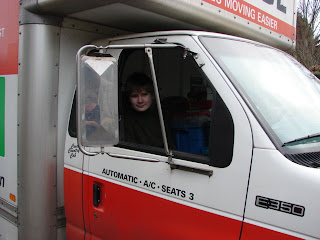 The boy spent a lot of time in and around the U-Haul, not wanting to miss out riding in one.  I think that to him, this was the equivalent of meeting a celebrity! 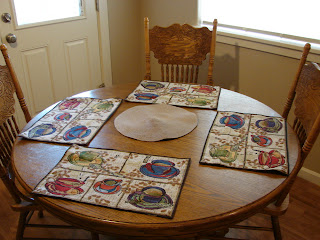 I had a few bags of things that I had bought to decorate the new kitchen with, and I really felt the need to get those new coffee themed place-mats out.  A friend has referred to this as “nesting” and they were right.  I was anxious to nest before the boxes were unpacked! 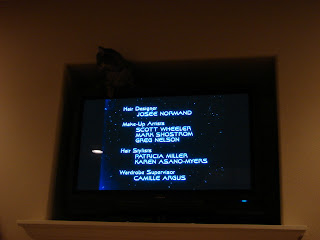 This was my husband’s version of “nesting”.  The tv needed to be set up and running.  I would agree on this one.  A tv sometimes is nice background noise when working.  We don’t have cable, so we also had to have some favorite DVD’s on hand.  The original plan was to have some movies to watch that dealt with the moving process.   However by time time of the move, we weren’t too choosy (and yes, we chose to watch some “Star Trek: The Next Generation”.  Always good!). 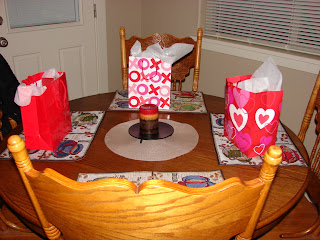 Valentine’s Day also fell at the tail end of the moving weekend.  Knowing that this was going to happen, I shopped a few weeks earlier and had everything prepared so this “holiday” would still be celebrated.   It’s also rather nice after a big move, to get some new things for new rooms.  The kids received lot’s of chocolates, and new books (which was nice for them since their books were still packed and in storage) and trinkets. 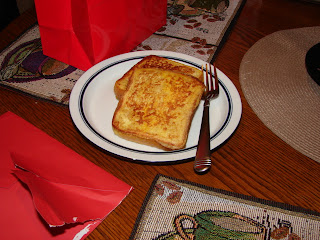 French toast for breakfast!  I didn’t have anything to cut them into the shape of hearts, but I don’t think that my family cared.  French toast is always tasty, especially when covered in sugar! 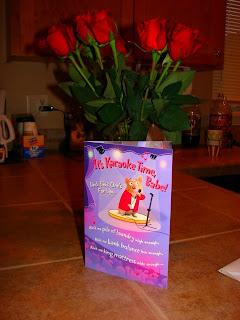 My husband didn’t forget Valentine’s Day either.  The card was appropriate since he’s very much into karaoke these days…….. 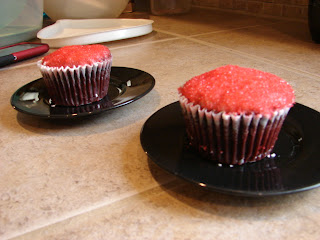 For an afternoon snack, I bought a couple of red velvet cupcakes for the kids.  I would have made them, however, my baking pans were still packed and I didn’t know where they were.  It’s a good thing too, because I really didn’t need extra cupcakes tempting me along with all of the chocolate candy that was still available in the house 🙂 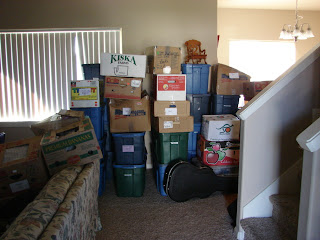 So since Valentine’s Day, this has been the reality that I’ve been faced with.  We’ve been figuring out where to put things and what stays and what goes.   Fortunately, this time, we have in house, able-bodied helpers to help move some of this stuff around (they aren’t as excited as their dad and I are about that fact though, lol).