Last  Wednesday night, Kylin went to bed with a fever, so we were starting to wonder if half of our family would be staying home for Thanksgiving.  However, by Thursday, he was feeling well, and his fever was gone.    However, after the holiday, both of my kids and my husband came down with fevers and colds.  So, I headed to the store and stocked up on the needed items to get us through this.

I did ask Kylin what kind of juice he wanted, and his answer was: 7-UP.  Please don’t blame that mistake on home education. The boy is just trying to trick me.

By lunchtime, they were feeling better, for some, voices were starting to return and sound normal again. So I made up some home made macaroni & cheese. 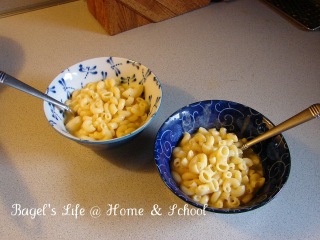 Due to the kids being on bedrest, we haven’t had any school this week either……and they haven’t really done any chores (I did those, because who feels like doing dishes or putting wet clothes in the dryer when you’re head feels like it’s too heavy for your neck to hold up?).

We’ve also been catching up on “Spongebob Squarepants”.  We’ve never bothered to watch this show, so Kevin downloaded it from Netflix so that we could see what the fuss was about.  Ok, there isn’t an ounce of anything educational about this cartoon, yet, it’s still pretty funny!

Oh, and during all of this time of infirmity, this is one of the things keeping me charged and awake and going, 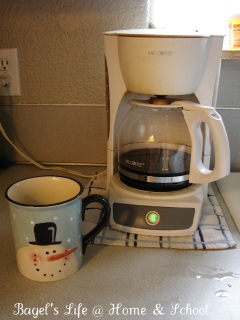 It looks like it’s time to make another pot…….